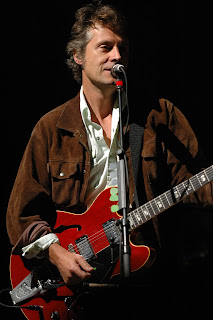 Recognising that it may take me a few posts to accomplish this, I have begun to look back over the year 2017. A year of blog posts helps me to capture the things that have been on my mind throughout the year.

Life and death and what happens when this life is over are never far from the minds of most people. We may not think about it for long periods of time and then a song or an incident may bring it to mind. “Where to Now St. Peter,” (http://hungerandthirst4.blogspot.ca/2017/01/where-to-now-st-peter.html) is one song that has this power and causes us to say, “Tell me which road I’m on.” This is certainly a theme that readers will find recurring in this particular year of blog posts.

Song-writers have a great deal of power over me. A well-crafted song triggers a visceral response and an assessment of the meaning and philosophy of the song. “Big Picture,” by the Eagles song-writers, Don Henley and Glenn Frey, has such an effect. Read about it here: http://hungerandthirst4.blogspot.ca/2017/01/big-picture.html

Blue Rodeo’s recent tour and Jim Cuddy in his early sixties sparked another series of thoughts about life, aging musicians, and the life of a band. In a world of icons, stars, and role models, there are many who fail to inspire us as people. Jim Cuddy is a true Canadian treasure who has done better than most as he raised a family and toured the world. May we all grow old gracefully as Cuddy has done. http://hungerandthirst4.blogspot.ca/2017/01/blue-rodeo.html

On January 31, 2017, I found myself reflecting upon our perceptions of the world. Most of us would agree that we see and interpret the world imperfectly, and that it takes constant effort to understand the times in which we live. We tend to disagree on how we can see clearly and make plans for building a better world. My biases come through pretty clearly in the blog post from that day: http://hungerandthirst4.blogspot.ca/2017/01/seeing-imperfectly.html.

In the days to come, this blog will shed further light on 2017 and the thoughts of one man. I encourage all of us to think about the previous year and reflect on what we have learned and what is yet to be learned. May you be encouraged by this process.

Posted by Keith Shields at 7:25 AM