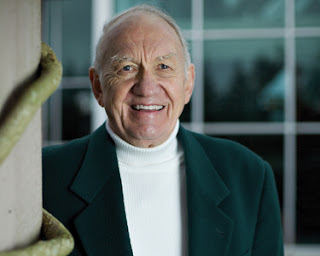 “It seems a sad commentary on the church and on its understanding of the Holy Spirit that “official” leadership and ministry is allowed to come from only one half of the community of faith. The New Testament evidence is that the Holy Spirit is gender inclusive, gifting both men and women, and thus potentially setting the whole body free for all the parts to minister and in various ways to give leadership to the others. Thus my issue in the end is not a feminist agenda—an advocacy of women in ministry. Rather, it is a Spirit agenda, a plea for the releasing of the Spirit from our strictures and structures so that the church might minister to itself and to the world more effectively.”

Posted by Keith Shields at 5:26 AM No comments: Links to this post 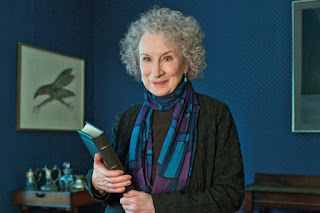 The University of Ottawa, Institute of Canadian and Aboriginal Studies, put on what they called a conference and public event in May of this year entitled Restorying Canada: Reconsidering Religion and Public Memory in 2017. They invited several participants to present papers and/or speak at the event. The focus of the conference was religion and memory, with an emphasis on Canada’s Indigenous People. Topics included such subjects as Indigenous Schooling, Indigenous History, Restorying Islam and Judaism in Canada, and Canadian Atheists and Religious Nones. Margaret Atwood (CC OOnt FRSC), a respected Canadian author with many awards, was one of the invited speakers. As a humanist who writes about women oppressed by patriarchy and/or fundamentalist religion, one might expect her to be exceedingly negative toward religion in Canada. However, here is an excerpt from her speech entitled, “The Future of Religion in Canada: Utopia or Dystopia?”

"I sometimes hear the view that the world's ills are due to religions. Some people have that view. I do not agree with that view because atheist regimes have done a good job of oppressing and murdering people too. It is true that Christianity has got some dark moments. And it's had some dark moments in Canada. Dark moments of various kinds. But I don't think you can put that down to a religion. I think you can put that down to human beings behaving the way they unfortunately sometimes do - whatever religion or non-religion they may happen to have."
- Margaret Atwood, “Restorying Canada,” May 2017.

Now, Atwood is still a humanist and so we understand those words within that context, and it is refreshing to hear this statement from her. Contrary to some of her humanist and atheist contemporaries, she does not blame religion for all of the world’s ills and recognizes that human beings of all philosophical and theological varieties have a propensity for evil. Is that not what the Bible clearly says: “all have sinned and fall short of the glory of God” (Romans 3:23). These are important words for all people to hear. We are all quite capable of “behaving the way humans unfortunately do.”

Yes, Christians and the Christian religion must take responsibility for the residential school system that was so devastating to the Indigenous People of that time. Humanity in general must also take responsibility for the system. This is what makes government and religious apologies a necessary but difficult thing to do. The actual perpetrators of the system may or may not be available for the apologies; those who allowed the devastation to occur may or may not be available for the apology. Yet, the apology needs to be made to begin the reconciliation process.

I am encouraged by these humble words of Ms. Atwood. I pray that I may be humble as I consider my place in the big issues of public apologies.
Posted by Keith Shields at 5:00 AM No comments: Links to this post

Why are all reflections lovelier than what we call the reality? — not so grand or so strong, it may be, but always lovelier?...There is no cheating in nature and the simple unsought feelings of the soul. There must be a truth involved in it, though we may but in part lay hold of the meaning.

Genetics and the Fall 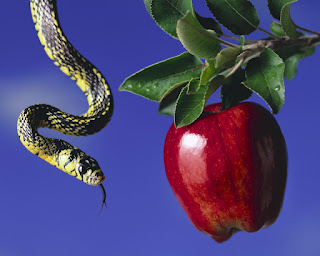 Humans are curious and are continually questioning our place in the universe. We have come a long way in our understanding in a relatively short period of time. Although Yajnavalky proposed a heliocentric solar system (sun at the centre and planets orbiting around it) as early as the 9th Century BCE, it was not widely accepted until mid 17th Century CE. In those 350 years, we have gone from gazing at the planets to aiming for the planets. Presently, both NASA and Spacex are expending a significant amount of time, energy, and money on the concept of colonizing Mars. Gregor Mendel (1822-1884) did the initial research and posited the concept of a gene a little more than 150 years ago. Today, we have mapped the entire human genome and have the capability of manipulating our own genome. We may soon be able to delete defective genes and replace them with healthy ones. The same curiosity and innovation is seen in every aspect of science, engineering, social-science, philosophy, and theology. Human-kind is continually advancing in our understanding of the universe and our relationships with it.

Today, genetics is changing our understanding of humans and is challenging some strongly held beliefs within our theology. As in the time of Copernicus and Galileo (as they explained the heliocentric solar system) we have a few options. We can reject recent genetic science and say it must be wrong, we can reject the Bible and our faith (as some students do when they encounter genetics in a university), or we can see how the genetic science informs our theology and adapt our understandings of our Bible.

One of the biggest questions posed to our current theology is the nature of human genetics and the evolution of man. Contemporary science tells us that the Homo genus first appeared about 1.5 to 2 million years ago while anatomically modern Homo sapiens have been on the planet less than 200,000 years. Recently, through population genetics, it has been possible to determine that the number of individuals necessary to account for the current diversity seen in the human population is in the range of 6,000 to 10,000 people. What this means is that we are not all descended from two individuals but rather from this population of at least 6,000 people.

So, theologically speaking, what does this mean for our understanding of Adam and Eve and the nature of original sin? Clearly, we did not inherit sin from Adam and Eve as if it were a gene on one of our chromosomes. Could it be that Genesis is describing something else in a poetic form? J. Richard Middleton, in a recent article suggests the following scenario.

It is therefore plausible to think that the rise of moral consciousness was a decisive development among anatomically modern Homo sapiens, which resulted from a developing awareness of God’s call to a certain (moral) form of life. It is also plausible to think that it was not long before these humans began to go against the new revelations of conscience, and thus sin was introduced into the world (and both moral consciousness and sinful resistance then spread to all Homo sapiens).… This is a faithful interpretation of Scripture, and fully consistent with evolutionary science.

Middleton is suggesting that we understand the Fall as both a development of, and a rebellion against, conscience. This makes some sense. I have heard parents sometimes say, “Oh that is something our child picked up at day-care.” When a behavior occurs in a certain population of children or adults, it can quickly sweep through the entire population. Perhaps the Genesis account is telling us of a group of people who lived together in a region at a particular time to whom God began to call. He called them out of their life as just another animal in the creation and made them the crown of his creation. He began to call them to a moral form of life and invited them into relationship with him. He bestowed upon them his image and called them adam (earth man) and eve (giver of life). God may have done this with two of the population of 6,000 -10,000 people, or he may have done this in a more general sense with the entire population. Once he had called them to the moral life, it was only a matter of time before humans would rebel against this life to which they were called and sin would spread through the entire population. God has been working with humans ever since, teaching us to follow his ways, even as we rebel against him and go our own way. There is always more for us to learn from him at every stage of the development of humans. He is still coaxing and drawing us toward himself today. We humbly look toward God knowing that we still have more questions than answers; and we keep asking the questions as we seek to find our place in the universe.

Posted by Keith Shields at 5:34 AM No comments: Links to this post