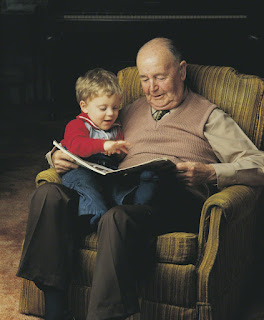 Previously I have recommended the Christopher Nolan film Interstellar (here and here) and I will continue to sing its praises even while encouraging us to see it for all it is and look discerningly at its message. As the main character, Cooper, says his good-byes to his family and prepares to leave the galaxy, he makes a statement that suggests depth but perhaps simply reveals the not so deep philosophy of the Nolan brothers who wrote the screenplay for this film.

"We're just here to be memories for our kids." Cooper (Matthew McConaughey) in Interstellar.[1]

On the one hand, this is not a bad concept. If we are here to be memories for our kids, we will want to make certain that the memories we leave behind are good memories and we will likely live good lives. But as a true philosophy of life, it falls far short. Our lives have an existence apart from the lives of our children. I will not get on a soap-box and preach a message that defines my own perspective on the purpose of life. Anyone who reads a few pages of this blog will soon discern what my view on this would be. Instead, I encourage you to think further about why we are here. It must be more than just to be memories for our kids. As we consider the joys and horrors of this life, we must at least admit that our purpose is to contribute to the joys and diminish the horrors. What more would you add to this? How would you answer the question of why we are here?
[1] Interstellar. Directed by Christopher Nolan. Written by Jonathan Nolan and Christopher Nolan. Performed by Matthew McConaughey. 2014.

Posted by Keith Shields at 9:50 PM No comments: Links to this post