AI and NT: What makes us human? 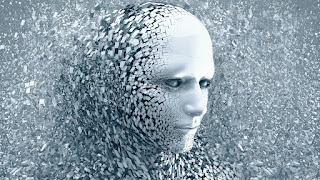 Two recent developments in science could leave us asking the question, “What does it mean to be human?” First, the October 19 edition of the journal Nature reports on a remarkable computer program that taught itself how to play the ancient game called Go. Programmers set up the algorithms which included the structure and rules of the game and then turned the Artificial Intelligence (AI) program loose on playing the game against itself. In a matter of days, the computer had become skilled enough to beat human champions and other computers. This is unique because all previous AI programs have learned the game by studying the moves of expert human players. AlphaGo Zero, as this latest program is called, achieved mastery of the game without human training. The implications of this program go far beyond the world of gaming. Might we one day be able to give an algorithm a list of circumstances and resources and set it off to find the best solutions to complex mathematical, engineering, and biological health questions? Might artificial intelligences one day solve such problems as how to build a better airplane, how to solve famine in places of high need, how to understand gravity and its complex relationship with time and space, or might AIs one day give us world-wide peace?


We will come back to the significance of the AlphaGo Zero accomplishment in a minute; now let’s turn to another remarkable report from the October 5 edition of the journal Science. Researchers at the Max Planck Institute have discovered that “about 1.8 to 2.6 percent of DNA in non-Africans is from … ancient human-Neandertal interbreeding.” That is approximately “10 to 20 percent more Neandertal ancestry” than previously estimated. The researchers went on to discuss human behavior and health risks which may be mediated by this significant amount of Neanderthal (NT) DNA.

Both papers bear closer reading and are significant in a number of ways; however, today, I would like to focus on the one question disclosed in the title of this article: “What makes humans human?” If artificial intelligence programs can, “on their own,” learn to play human games and master them better than the best human players, and if we humans of European descent are an interesting admixture of human and non-human (Neanderthal) DNA, what is it that truly sets us apart as human?

This will become a more and more critical question as we consider ethical questions of the future. Are AI programs conscious? What happens when we turn off or destroy AI hardware? If humans add to or subtract from DNA in the human genome using CRISPR technology, are the resulting humans still human? What if we were to add animal DNA or plant DNA to the human genome? How far would we have to go before people began to question the humanity of the resulting persons?

For years, philosophers, scientists, and theologians have discussed, argued about, and looked for answers to questions about the nature of the Imago Dei, the image of God in humans. Science starts with pieces of scientific data and assumptions about the limits of human understanding relying only on empirical data. Philosophers allow for the influence of ideas beyond scientific datum that flow out of the consciousness of humans. Theologians welcome scientific, philosophic, and revelatory information and believe that God speaks through the book of Nature and the book of the Bible.

As AI programs become more and more sophisticated, and we learn more and more about the nature of our humanity, it will be important to remember the ancient words of God found in the Bible. Christians and theologians will certainly wish to make this a starting point for any discussions on the nature of humanity:

In the midst of great change, in a time when the foundations of humanity seem unstable, these words provide an anchor point for the discussions to come.
Posted by Keith Shields at 9:04 AM