Thermophilic Bacteria as Great Wonders of the World 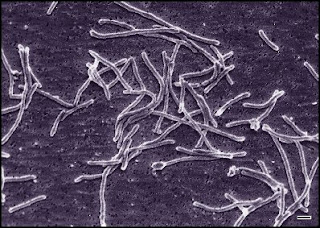 Lewis Thomas[1] was an award winning author and physician who had a way of explaining complex science in simple ways. In his essay, “Seven Wonders[2],” Lewis relates how he was once asked for his list of contemporary “Wonders of the World.” He is careful to say that he thinks it would be impossible to create a new list of the seven wonders of the world before giving a qualified list of naturally occurring wonders.

The “second” of his list (if you read the entire essay[3] you will understand why I put “second” in quotations) is a particular species of bacteria which thrives at extremely high temperatures. Prior to their discovery in the 1980s, many would have suggested that life as we knew it would not be possible in the severe environment of deep sea vents where temperatures exceed 250 degrees centigrade. Yet, these bacteria were found to be living and contributing to the ecosystem in just such a place. As Thomas says, it was thought that “Proteins and DNA would fall apart, enzymes would melt away, anything alive would die instantaneously.” On this basis, “the possibility of life on Venus . . .” and many other places was long ago ruled out.

Then came the discovery by B. J. A. Baross and J. W. Deming “of thriving colonies of bacteria in water fished directly from these deep-sea vents. . . . [that], when brought to the surface, encased in titanium syringes and sealed in pressurized chambers heated to 250 degrees centigrade, the bacteria not only survived” but reproduced themselves enthusiastically. They [could] be killed only by “chilling them down in boiling water. And yet they look just like ordinary bacteria. Under the electron microscope they have the same essential structure—cell walls, ribosomes, and all.”

I was later to learn of the great value of these bacteria in the work I would do in the Molecular Diagnostic Lab at the Alberta Children’s Hospital in Calgary. After this discovery by Baross and Deming, other researchers went on to isolate particular strains of bacteria from thermal vents. One species, Thermus aquaticus (abbreviated Taq), contained a DNA polymerase (an enzyme which makes more copies of a strand of DNA) that could be isolated and used in certain biochemical reactions to amplify regions of DNA. By the time I joined the lab in 1990, it was possible to use Taq DNA Polymerase for routine scientific investigation and molecular genetic testing of clinical disorders. The use of PCR (Polymerase Chain Reaction) greatly accelerated laboratory practices and led to the rapid development of clinical testing for molecular DNA mutations. I would echo Lewis Thomas in his recognition of these bacteria as one of the great wonders of the world.
[1] “Lewis Thomas,” Wikipedia, https://en.wikipedia.org/wiki/Lewis_Thomas, accessed 2016-09-12.
[2] Late Night Thoughts on Listening to Mahler’s Ninth; Lewis Thomas, Viking Penguin, a division of Penguin Group (USA) Inc., 1983.
[3] http://hermiene.net/essays-trans/seven_wonders.html
Posted by Keith Shields at 3:52 PM