Venus and Mars Are Alright Tonight

For three nights only, our solar system put on a great show. For those who were under clear skies and looked west, they could catch a glimpse of both Venus and Mars. Just after sunset, from February 19 through 21, both planets could be clearly seen above the horizon. If you looked at the right time you could also see a waxing crescent moon close by. This conjunction of planets reminds us of our perspective in the solar system.

Our planet is relatively close to these other planets moving around our sun. Mars, is a mere 225,300,000 km from earth (on average) while Venus (on average – although it varies between 38 million and 261 million km) is 41,900,000 km from earth. But it is the unique orbits of all three planets that create this apparent conjunction. From our perspective, we are looking at Venus and Mars as their orbits swing them around until they are very nearly aligned with each other. It makes for a great show: Venus, the bright, white light, Mars, the dim red light, and a sliver of moonlight to give us perspective. Many people captured this phenomenon on cell-phone cameras and other more sophisticated lenses. Here are two images from social media. 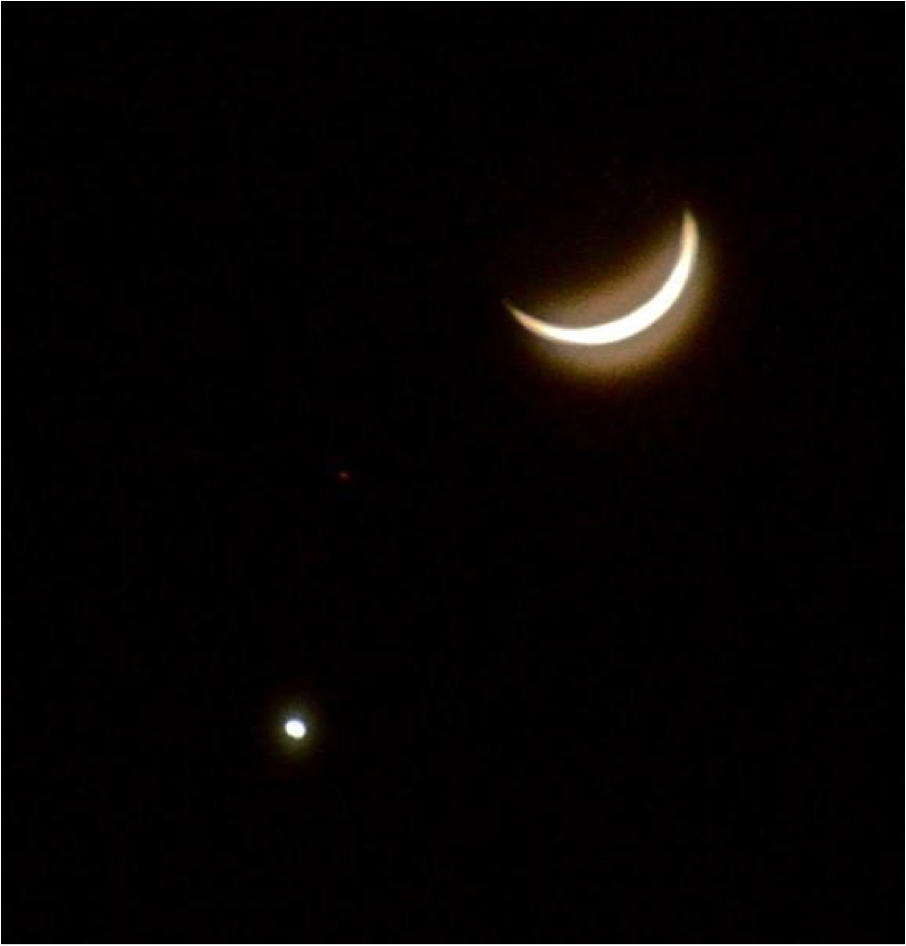 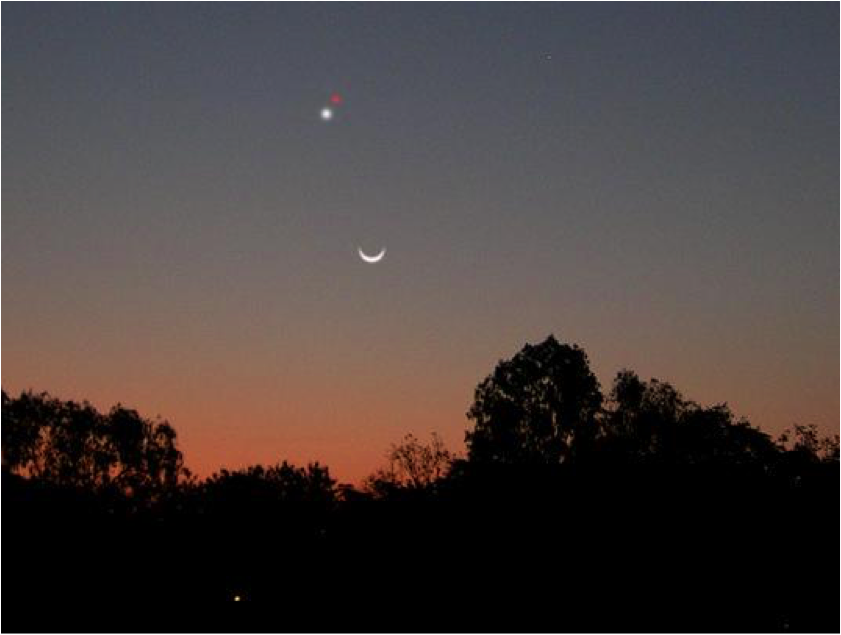 "Venus and Mars are alright tonight." - Paul and Linda McCartney