Racism in My Heart

Two speakers, whom I highly respect, have recently had things to say about racism. In a recent video podcast, Dr. Anthony Campolo speaks of unconscious discrimination and reminds us that we do not see the hurtful things we do and say because we are so embedded in our systems. Tony Campolo goes on to tell the story of a time when Mahatma Gandhi walked into a Church of England (Anglican Church) cathedral in South Africa where Gandhi was raised. As Gandhi, who had been educated as a Hindu, sat down to experience Christian worship, a kind but firm usher told him that he was sorry but coloured people were not allowed to worship in that cathedral. Campolo and Gandhi both recognize that the usher was doing the job he had been given to do and that the usher did not understand the harm he was doing. Gandhi says that the usher thought that he was ushering a coloured man out of a cathedral when in fact he was “ushering India out of the British Empire.”

Campolo makes the obvious logical argument that the usher was so imbedded in his church culture that he did not understand what he was doing or saying. Dr. Campolo further states that the same is true of us, “We don’t understand the ramifications of what we are doing. Racism is embedded in our minds. We have to ask God to help us to be cleansed of it.” He quotes 1 John 1:8,9 as

“If we claim we have no sin, we are only fooling ourselves and not living in the truth. But if we confess our sins to him, he is faithful and just to forgive us our sins and to cleanse us from all injustice[1].”

Charles Ringma, a distinguished theologian and Professor Emeritus of Regent College recently spoke at a Summer School Midday Event and said that “We are all racist at some level. We like our privilege and status. Self-confrontation is necessary because we don’t realize how arrogant we are. We need to consider how Christ came to us in humility, poverty, and an emptying of himself.” - Charles Ringma 2020-06-24

May Christ have mercy on our souls and cleanse us of all injustice. 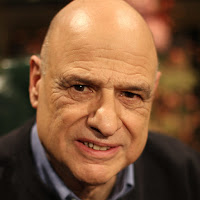 [1] The King James Bible uses the word unrighteousness but Campolo says that it should be translated as injustice.

Posted by Keith Shields at 9:13 AM