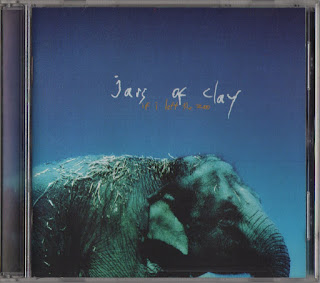 Jars of Clay, the band from Greenville, Illinois, has a song entitled “Can’t Erase It” on the If I Left the Zoo album. The lyrics are written below. It is a song that captures the angst of trying to be one thing when we know we should be something else. Read the lyrics, listen to the song, and read some thoughts about the song below.

But blind is the best thing for you
It's easier I know, you know it's

So wrong, can't embrace it
Wish sometimes for any other you
But you can't erase it, and you won't escape it

How long will you face it
Till the weight comes crashing down on you
'Cause you can't erase it, and you won't escape it

There are many things that can get in the way of being who God has made us to be. The majority culture says, “You don’t need God, just 'follow the crowd and love everybody.'” We hear this very regularly on our various media sources and we begin to believe that this is the way to live. But it is easy to change our mind and not really want to “love everybody.” It is truly hard to simply boost ourselves up to a level where we can love everybody. Bitterness and anger are the result. On our own we cannot love everybody.

If we follow the crowd, we are not being who we truly are. We are conforming to the image of what the crowd thinks we should be. If we follow the crowd, we will do things that we know are “so wrong” and we just won’t be able to embrace that they are right. We can’t erase the things we’ve done. We can’t escape the weight of going against God and against who he has made us to be. But there is one who can “erase it.” God says, “Though your sins are like scarlet, I will make them as white as snow. Though they are red like crimson, I will make them as white as wool” (Isaiah 1:18). Furthermore, “… his unfailing love toward those who fear him is as great as the height of the heavens above the earth. He has removed our sins as far from us as the east is from the west” (Psalm 103:11, 12). Jesus’ death on the cross was the ultimate way for him to remove the weight of sin and erase our wrong doings: “This is my blood of the covenant, which is poured out for many for the forgiveness of sins” (Matthew 26:28).

If we bury the wrongs, ignore the wrongs, or embrace the wrongs, the weight will crush us. Instead we must acknowledge and confess and receive release from the weight.
Posted by Keith Shields at 11:48 AM