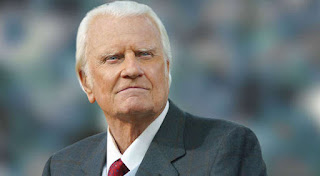 In light of the recent passing of Billy Graham, a reprint of a previous blog is in order.

This post contains numerous spoilers and explanations of a current episode of The Crown. You may want to watch the episode before reading this article.

The German word, vergangenheit, has many uses [1] in the German language. Its simplest meaning is “the past.” In some contexts, this can be a “time that has elapsed,” a “forgotten past,” a “past with which some have not yet come to terms,” or a “past that needs to be forgiven.” This is the word the producers and writers chose for Season 2, Episode 6 of the Netflix series, The Crown.

The episode opens with the uncovering of secret Nazi documents which reveal the plans and thought processes of the senior Nazi leadership and their collusion with European leaders prior to and during World War II. Most of the documents are translated and published, while the Marburg papers are labelled confidential and stored away in secret so that the embarrassing contents might never be revealed.

The scene quickly shifts to King George, who, on discovering the contents of the Marburg papers, says that the people of the world must never discover the contents. He says, “Our people would rightfully never forgive us.”

Although most will see the story as a depiction of what to do with a former King (Edward VIII) who wants to rehabilitate his image, the interesting part of this British drama is the question of “forgiveness.” If one notices how many times the word is used in this script, they will get the sense that the discussions between the Head of the Church of England (Queen Elizabeth II) and the unofficial Head of Evangelical Christianity in America (Reverend Billy Graham) are much more than peripheral to the overall development of the episode.

Certainly, we cannot get away from the fact that Her Majesty is wrestling with how to, and whether or not to, forgive her uncle, the former King Edward VIII (and subsequently the Duke of Windsor), for associating and conspiring with Nazi Germany in a failed attempt to recover the throne for himself and his wife who wished to be Queen. In this version of historical-fiction, the Duke of Windsor is seen as one who wanted the throne but could not have it because of the divorced woman he chose to marry. Yet, the question of forgiveness is bigger than one act of pardon or denunciation. Forgiveness here, in the context of this well-written and well-directed program, is about forgiveness in all its forms.

It is about forgiving Kings.
Duke of Windsor: “Can a former King be forgiven?”

It is about forgiving a German political movement which brought about the Nazi Party and the horrors of World War II. At one point, we hear the Duke of Windsor suggest that, “It could be argued that we were the ones that made him [Hitler] a monster.”

It is about forgiving oneself.
Billy Graham: “The solution for being unable to forgive: one asks for forgiveness for oneself … and prays for those whom one cannot forgive.”

The drama is played out with commentary provided by the private words spoken between The Reverend Billy Graham and Her Majesty, The Queen. Graham preaches a question and then answers it for the small audience in Windsor Chapel.
Billy Graham: “What is a Christian? … A person in whom Christ dwells. … it means, that you have a personal relationship with Jesus Christ.” (Here he references Colossians 1:27.)

The Queen praises Billy Graham, the evangelist, and says, “You speak with such clarity and certainty.… It is lovely to disappear and become just a simple Christian.” By that, she means that it felt good to be in chapel and not feel that she had to be the Head of the Church.

The scenes shift back and forth but we are soon taken to a scene featuring the Duke of Windsor as he writes to his wife in America. He complains that the evangelist, Billy Graham, has disturbed him and says that “all taste for prayer has evaded me.” We begin to see the Duke transformed from a bored socialite to a demon in disguise. One scene ends with a fade to black in which a menacing glint in his eyes is the last thing to fade. When the publication of the Marburg papers becomes inevitable, the Queen Mother remarks that “this was always going to come back to haunt us.”

Yet, The Queen and The Evangelist are eager to want to forgive The Duke and the sins of others, even as they admit to the difficulty of forgiving those who betray and murder their countrymen. At one point the Queen says, “It is time to discuss forgiveness for Uncle David. … Forgiveness is very important to me.” However, when she is confronted with the magnitude of David’s sins, perhaps there is even an allusion here to King David of the Bible, she speaks these harsher words to her uncle,
“We all closed our eyes and ears to what was being said about you. … But when the truth finally came out, it makes a mockery of even the central tenants of Christianity. There is no possibility of my forgiving you; the question is, how on earth can you forgive yourself?”

It is at this point that the key conversation between Billy Graham and The Queen occurs.
The Queen: “I would like to hear your views on forgiveness. Are there circumstances in which one can be a good Christian and not forgive?”
Billy Graham: “The solution for being unable to forgive [is that] one asks for forgiveness for oneself … and prays for those whom one cannot forgive.”

It is refreshing to see a historical-fiction from the UK tell a redeeming story of the power of forgiveness. The writers have truly challenged us to wrestle with the question of forgiveness for war-mongers, Nazis, attention-grasping former Kings, fair-minded Queens, and a good many other sinners. (Perhaps we might even wrestle with the contemporary issue of forgiveness for men who sexually assault or harass women.) In his time as an evangelist, Billy Graham made it clear that the Bible teaches that “all have sinned and fallen short of the glory of God” (Romans 3:23). Vergangenheit, the episode, asks us significant questions about how far the forgiveness of God could extend and leaves us wondering how we might “forgive others as God has forgiven us” (Matthew 6:14, 15 and Matthew 18:21-35). Oh Lord, “forgive us our sins, as we have forgiven those who sin against us.” (Matthew 6:12, New Living Translation). 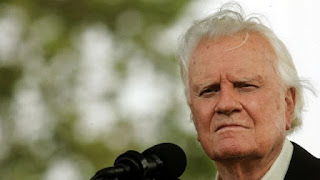 Posted by Keith Shields at 7:51 AM