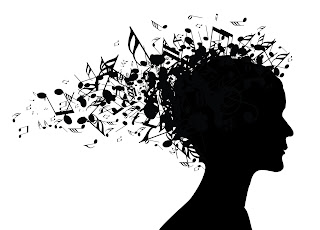 Writing songs and poetry is a deeply personal process that, at the same time, is influenced by many other voices. The thoughts, concepts, and words in my head are there through a variety of musical, literary, and poetic influences. Sometimes I am inspired to write a song or poem about a grandchild, a friend, or love in my life, and the words that are used are dependent upon the qualities of that person. Phrases and concepts of other songs and stories blend with original thoughts and a song is born. This is what it means when song-writers speak of their musical influences: the material they have read and heard becomes part of the canvas for a new song.

In the last 12 days, I wrote a song for our sixth grandchild, Aubrey Claire. The song, although it does not yet have a melody, contains references to three songs by three respected song-writers. Sting (Gordon Matthew Thomas Sumner) wrote the song “Wrapped Around Your Finger” about how the apprentice becomes the master. Certainly, that is what must happen in every generation but not without some angst on the part of both master and apprentice. There is a tension between old ways and new ways that is recognized in Sting’s song and my own.

The second musical influence is the song, “Change the World,” written by Tommy Sims, Gordon Kennedy, and Wayne Kirkpatrick. Eric Clapton had a big hit with this song and it has inspired many others to write about changing the world. In my song, the concept of “if I could change the world” is transformed to the idea of how all of us do change the world and the hope of a grandfather for the positive change a granddaughter might make.

Lastly, a song written by the members of the band Jars of Clay, "Revolution," challenges us all to “be a revolution.” Here are the full lyrics to that song. Listen to the song here.

Peace takes a taxi to the underground.
I want to love the world but I don't know how.
I'll blame it on the d.j. spinning all the fast songs,
ain't playing anything that I can sing along.

If you know the words try to sing along.
When you get the beat, grab a hammer, bang a gong.
'Cause you don't gotta fight or make yourself belong to be a revolution.

If you want to learn to play the "rock guitar,"
Throw down your guns, you're gonna be a star.
You gotta begin with who you know you are to be a revolution.
The time is right to cross that line and let love find a way.

So, if you know the words then try to sing along.
When you get the beat, grab a hammer, bang a gong.
'Cause you don't gotta fight or make yourself belong to be a revolution.