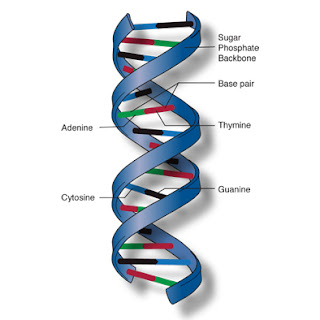 A recent article in the journal Science[1] gives further confirmation of the mixed heritage of the human species. Researchers compared the DNA of 35 Melanesians from the Bismarck Archipelago in Papua New Guinea to the DNA of ancient Denisovan DNA from a 40,000-year-old partially fossilized sample. They also compared DNA from other non-Melanesian populations and DNA from Neanderthal samples.

Denisovan is the name given to an ancient hominid people group that lived from 500,000 years ago until they became extinct approximately 40,000 years ago. They were a distinct race of people differing from Homo sapiens and continued to coexist with the human population in parts of Europe and Asia. It is a similar story to that of Neanderthals. Those human cousins also became extinct around 40,000 years ago and coexisted with Homo sapiens for approximately 450,000 years. There was plenty of time for the three groups to interbreed.

The paper by Pääbo et al. indeed shows that Denisovan DNA has made a significant contribution to the nuclear DNA of contemporary Melanesians. They suggest that “all non-African populations derive ~2% of their ancestry from Neandertals, whereas substantial levels of Denisovan ancestry (~2-4%) are only found in Oceanic populations.”[2]

I am always fascinated with this kind of research both at a scientific and a theological level. Theologically, what does this mean for the imago dei? If humans were created with the image of God and over long periods of time, we are talking about something more than our common ancestry or our DNA. The fact that the last common ancestor that all people on earth could claim is older than Neanderthals, Denisovans, or Homo sapiens, causes us to ask questions about the nature of the biblical concept of the first humans. Considering the DNA mixture that many of us carry how do we understand our relationship with Adam and Eve? At what point in this grand plan did God stamp His image upon His creation and declare the man and woman to be ha’adam (הָאָדָם) or human? Now, of course, some would say that we should not even be asking such questions. They would say that God created Adam and Eve ex nihilo (out of nothing) and placed them in a garden without any ancient ancestors. The question I would want to then ask would be, “Why did God create humans in such a way that it looks like evolution occurred?”