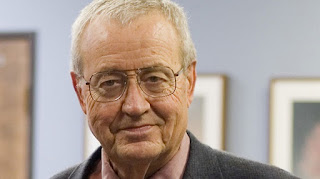 Some of the most challenging passages in the New Testament are those related to “works” versus “grace.” Theologians have struggled to understand, and argued over, the meaning of these verses for centuries; and this debate is at the root of the greatest divides in all of Christianity. The spectrum of “divine predestination” on one side and, on the other side, “free will and its contingent response to God” have divided such denominations as the Reformed Churches and the Anabaptist churches, the Catholic and certain evangelical churches, and the Baptist and the Mennonite churches. Some denominations even have divisions among their churches related to the concepts of grace versus works. Passages like this one in Romans 4 are challenging to understand and, dependent on the lens through which we see them, are seen as evidence for one or the other side in the debate.

Romans 4:16, 18, 20-22
16 So the promise is received by faith. It is given as a free gift. And we are all certain to receive it, whether or not we live according to the law of Moses, if we have faith like Abraham’s. . . . 18 Even when there was no reason for hope, Abraham kept hoping—believing . . . . 20 Abraham never wavered in believing God’s promise. In fact, his faith grew stronger, and in this he brought glory to God. 21 He was fully convinced that God is able to do whatever he promises. 22 And because of Abraham’s faith, God counted him as righteous. 23 And when God counted him as righteous, it wasn’t just for Abraham’s benefit. It was recorded 24 for our benefit, too, assuring us that God will also count us as righteous if we believe in him, the one who raised Jesus our Lord from the dead.

Most theologians and denominations have found a place to rest on the continuum of views somewhere between the extreme ends. All traditions must come to terms with the relationship between the things we do to put ourselves in right relationship with God and the ever-reaching work of God that assures that some people will receive salvation and eternal life. Even as I write the words, “some people will receive,” I struggle with the word to use: “some,” “all,” “most,” “a few,” “some but not all.” I will let it stand with “some,” knowing that it will raise questions among specific readers from specific traditions of understanding.

Dallas Willard (September 4, 1935 – May 8, 2013) was an intelligent pastor to pastors, theologian, and author. Many of his books offer genuine help in the practical outworking of our understanding of these various perspectives on works and grace. His professional and private life were a living testimony to his understanding of grace. He understood his place of privilege in God’s household and still recognized the necessity of effort in all things. Because of years of study and writing, the right words regarding “earning” and “effort” were readily available to him when he was interviewed in 2002.

“Grace is not opposed to effort, it is opposed to earning. Earning is an attitude. Effort is an action. Grace, you know, does not just have to do with forgiveness of sins alone.”[1]

Several years before, Willard had expanded these themes further in his book The Divine Conspiracy. I would highly recommend this book to Christians, followers of other faiths, and followers of no faith. It is certainly one valuable work that helps to resolve the time-worn conundrum of works versus grace.

I conclude this entry by directing our attention to Psalm 121 which was originally written as a song that pilgrims would sing on their way to Jerusalem. As travelers walked the dangerous roads on their way to a time of reunion, celebration, and sacrifice toward their God, this song exemplifies the attitudes necessary for these brave travelers. “I look up to the mountains but my help does not come from there. My help comes from the Lord. He watches over his people: this people who move forward to take hold of this love and protection from God; this people who must walk, must praise, must offer sacrifice, must trust the Lord even as they rely upon him for their help. He watches over his people both now and forever.”