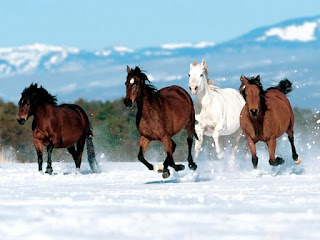 “If racing against mere men makes you tired,
how will you race against horses?
If you stumble and fall on open ground,
what will you do in the thickets near the Jordan? – Jeremiah 12:5 (NLT)

This quote from Jeremiah, an Old Testament prophet, is a challenge statement. He called out the people of Judah and forced them to face their circumstances. God was calling them to be leaders among all the people of the earth. He wanted them to run races against horses; but they were struggling to run against mere men. God wanted them to blaze a trail through the bush; but they had stumbled and fallen in the open fields. The people of Judah wanted the benefits of being the people of God; but they did not want to face up to the leadership challenges of being trailblazers, pioneers, and ones who set records for great leadership. God had spoken to Abraham long before this and had said to him that his descendants would be a great people. They would be God’s special people and they would be greatly blessed by the God who created the universe (Genesis 12:1-3). God told them that they were to be a people after God’s own heart (1Samuel 13:14). Then as God blessed them, they were to be a blessing to the people of the earth (Genesis 12:3). He told them he would send them a Messiah, a Saviour, a Christ, to empower God’s people and rescue them from their enemies. He made it clear that just as God was sending a Messiah to save them, the Messiah would send the people into the world to continue the mission of God and bless all the people of the earth and not just Judah (John 20:20-23).

Today we stand at the nexus point that describes the intersection of these statements. God has blessed, God has sent and been sent, God has rescued, God has pioneered, and God has set the course. He now calls on his people everywhere to bless others, to be sent and to send, to rescue, to pioneer, and to run the course marked out for horses. We are not to settle for running with men. We are not to wish for smooth fields and clear paths. Life is hard; it requires some bush-whacking. We must run the race set out before us and look for new goals to achieve. Eugene Peterson, a man who was not afraid to set high standards for himself, has this to say about the people who have inherited the blessing.

“The Puzzle is why so many people live so badly. Not so wickedly, but so inanely. Not so cruelly, but so stupidly. There is little to admire and less to imitate in the people who are prominent in our culture. We have celebrities but not saints. Famous entertainers amuse a nation of bored insomniacs. Infamous criminals act out the aggressions of timid conformists. Petulant and spoiled athletes play games vicariously for lazy and apathetic spectators. People, aimless and bored, amuse themselves with trivia and trash. Neither the adventure of goodness nor the pursuit of righteousness gets headlines.”[1]

Yes, granted, it is easier to go along with the conformists and the lazy. No one will notice if you stay in the middle of the herd. You can be a spectator all of your life and still have the blessings of this world. It is easier; but not more significant. So what do we want? A life of ease or a life of significance? Will we settle for running in the middle, or even toward the front, of the apathetic crowd; or, will we run with the horses?
[1] Run with the Horses: The Quest for Life at Its Best, By Eugene H. Peterson, Page 11.