Once Upon A Time, Long, Long Ago 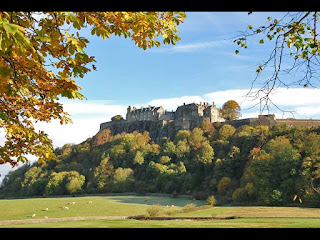 Once upon a time, in a land far away, a King awoke and surveyed his kingdom from the highest tower of his palace. He saw fields with green crops beginning to bear fruit. He saw a land of peace where neighbours cared for neighbours and disputes were settled with little struggle. He saw sheep and cattle grazing and young calves kicking up their heels in the dance of new life. He saw people carrying loads of goods that they had grown or made in their homes as they headed to the markets to sell their surplus. He saw children laughing and playing in safe streets. In short, he saw that all was well. It made his heart glad to see such a joyful kingdom for he knew that it had not always been so. Just a few years ago, this was a land of strife and people had grumbled in their homes and complained in the streets about the state of their country. People had starved for lack of food, the waters of the land were not fit to drink, and people had been quick to blame the king and one another for the sad state of this place.

The King had then gathered together all of his household and his staff and they had begun to work a plan. They taught the people how to care for the land and the wells, and they helped them manage their crops and plan for the future. They had held meetings to teach and to listen to the people of the land. They had poured many hours of labour and much of the king’s own treasury into making the kingdom a good place to live. And now that things were going well, people thronged from all of the adjacent communities to see this land and to learn from the collective wisdom of the people.

When all was ready, the king sent his criers out into the kingdom to call the people to the table. The message was sent, “All is ready come to the banquet.” But the criers came back with tears in their eyes. The people are not coming, they have busied themselves with other things. Some are doing business with their new-found wealth, some are working in the fields for even greater profit, and some are celebrating new marriages and new alliances.

The King was very sad for a moment. How could his people not see the importance of this banquet? Did they not see all that he and his staff had done for them? How did they become so fixated on the abundances of the land? Did they not see that there is a time for feasting and joyful banqueting?

The king’s sorrow lasted for just a moment and then he told his criers, “Go out into the new territories where the people have not yet been affected by the changes in the kingdom. Go to the places where the poor, the sick, the broken can be found. Invite them to join us. We will have a celebration greater than any seen before.” The criers said that they would do as he had said but there would still be room. The king said, “Make sure you look everywhere and ask everyone to attend. We do not want any to miss their invitation.”

So, the Great Banquet was held and all who came rejoiced and feasted. But, the king always knew it would have been a much better celebration if everyone had attended.
Posted by Keith Shields at 7:24 AM No comments: 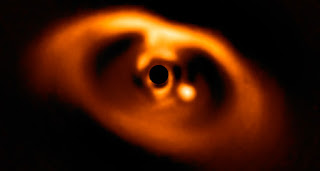 Then God looked over all he had made, and he saw that it was very good!
And evening passed and morning came, marking the sixth day.
So the creation of the heavens and the earth and everything in them was completed. On the seventh day God had finished his work of creation, so he rested from all his work. And God blessed the seventh day and declared it holy, because it was the day when he rested from all his work of creation.
Genesis 1:31-2:3 (NIV)

Take some time to read again the account of creation in Genesis chapters 1 and 2 of the Bible. Most of us think that we already know what it says, but I find that each reading reveals new insights. Genesis 1 and Genesis 2 each give the account of creation in different ways. Each offers rich insights into what God wants us to know about his creation, his place in the universe, our place in the universe, and the responsibility of each person, animal, and object in the story.

At one time, I thought that God was communicating to us that we are presently living in the seventh day. Genesis 2:2 says, “On the seventh day God had finished his work of creation, so he rested from all his work.” At one level, it sounds like God is finished once and for all and that he is now resting from the work of creation. That is not the case at all.

Creation is most certainly continuing to happen. As I write these words, Kīlauea volcanoe on the island of Hawaii is spewing lava into the sea and adding to the size of the island. In 2013, a new island was formed in the Pacific Ocean just off of the coast of Japan. Currently, new stars and planets are being formed in the far reaches of space. Furthermore, new species of plants and animals are being discovered at a rapid pace. Some of these discoveries are in fact new species that have recently come into being.

So, what are we to make of the “rest of God?” What are these words communicating to us? Perhaps it is as simple as telling us that there is a time for work and that there is a time for rest. The Creator does not always spell out all of the implications of how we are to live, but he gives us grand principles and asks us to work out how we might live this out in our time. Humans have been working out the concept of sabbath rest ever since creation. In times when Jewish law was supreme, Sabbath was highly codified and legalized. Specific rules of what could and could not be done on the seventh day of the week were built into the society. Under the rule of the Babylonians, Assyrians, Romans, and other cultures, it was necessary to adjust how Sabbath was lived out. In recent history, as Christianity has sought to codify Sabbath regulations, we saw Sunday shopping rules enshrined in law, encroached upon, struck down, and now meaningless. Christians today find themselves in a place in time and culture where we each must reinterpret how we will appropriately live out a life of work and rest. Yet, the grand principle still applies: God’s best plan for us is a day of rest and six days of work.

Creation goes on and God’s principles of what is best for his people also go on. May we rejoice in an ever-changing universe, ever-changing culture, and the constant principles which guide our lives.
Posted by Keith Shields at 8:59 AM No comments: 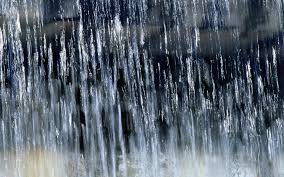 This week is Stampede week in Calgary. It is a time when everyone and every band gets cowboyed-up. Doc Walker is a band that gets played almost exclusively on Country Radio but they do have songs that deal with real philosophical concepts. "Raining on the Moon" is a case in point. The perspective of this song is quite existential: "where we are, is everything we know, all we've got is the love that we show." In a blog a few days ago, I quoted some of the lyrics. Here are the rest. They speak of fake news, unbelievable occurrences, technological advances, and how our minds cope with it all. Take a look at these lyrics composed by Jude Cole. (Listen to the song here.) 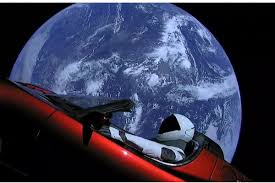 We live in a time when it is almost possible to believe anything is possible. The lyrics of a song recorded by Doc Walker speak of the unbelievable times in which we live. Right now is a time of exploration unprecedented since 15th to 18th century European colonialism. Humans are preparing to investigate the solar system in ways never done before. Most will be done robotically; take for example the Europa Clipper (https://www.nasa.gov/europa) that NASA plans to launch in 2022 to 2025. This mission will fly close to Jupiter’s moon Europa and take samples of its global ocean by flying through the geysers ejected from the moon surface. This will be an excellent opportunity to determine if microbial life exists below the moon’s icy surface or whether life could possibly exist there.

Lunar landers for Earth’s Moon are planned for 2019 through 2021 with the plan to use the Moon as a base of operations for trips to Mars and other parts of the solar system. Some of these trips will eventually include human flight as well.

Boeing and SpaceX are competing to be the first American companies to return to carrying crew for the International Space Station (ISS) and both anticipate crewed tests of their space-cabins by the end of 2018. This will prepare the United States for a return to leadership in human space exploration. At the same time, Russia is planning crewed flights in their new crew module for 2023 and lunar orbits for 2027.

Of course, Mars is the next big goal. SpaceX appears to be the present leader in the race with their development of the Big Falcon Rocket (BFR) which is slated to begin testing in 2019. This is a complete redesign of launching systems and space flight modules capable of interplanetary flight.

SpaceX, Boeing, and NASA may be the biggest and most vocal players in the race for space, but a number of other companies are quietly working on their own plans for robotic and human launches. Blue Orbit, Virgin Galactic, Ariane Space, Stratolaunch Systems, Orbital ATK, and the People’s Republic of China are all developing systems to compete with various aspects of technological prowess in the space race. One of these slumbering giants may yet rise to the forefront.

What did we learn from the New World Race in the 15thto 18thcenturies that may be applicable to the current competition? Are there ways in which the countries and companies of the world could collaborate to assist the entire human race? Where is there potential for conflict? Each of us has a part to play in the conversations that will occur in the years to come. May we seek peace and unity in the midst of grand achievements.
[1]Jude Anthony Cole, Raining On The Moon lyrics © Warner/Chappell Music, Inc
Posted by Keith Shields at 8:16 AM No comments: